I think at this point everyone has heard “sitting is the new smoking” or “your chair is killing you“.  We sit during our morning commute, we sit at our desk, we sit in meetings, we sit at lunch, we sit driving home, we sit at the dinner table, we sit and watch TV… the list goes on.  While these statements seem to be a little exaggerated, they aren’t completely untrue.

There was a time when the standing desk was used by eccentrics, but rarely used inside of the office.  The trend is changing, thanks to James Levine, an endocrinologist at the Mayo Clinic.  Because the average office worker spends 6 hours sitting at his or her desk each day, the phrase “sitting is the new smoking” has crept into our lives.  This pattern has emerged as we have moved out of the Industrial Revolution where we worked in factories and were on our feet much more.  It became a benefit to be able to sit in a chair versus using our bodies so much.

Levine has done much research on how sitting all day can be detrimental to our health.  “The way we live now is to sit all day, occasionally punctuated by a walk to the parking lot or the office. The default has become to sit.  We need the default to be standing. Chair-living has proven so enticing that we have forsaken our legs. It is now time to find our way back onto our legs.” 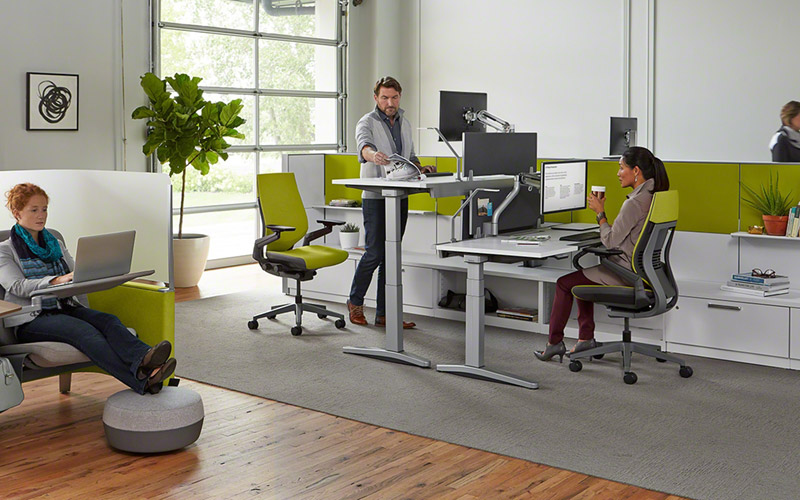 Most of us are no stranger to the latest fads or heath crazes, but there is a growing amount of research- by both Levine and other scientists- that confirms a sedentary lifestyle appears to be very detrimental to long term health. Ok… well this problem can be solved by just going to the gym right after work. Right? Well, unfortunately the solution isn’t to sit for 6 hours at work and then head to the gym.  Evidence suggest that the negative effects of extended sitting cannot be corrected by brief amounts of strenuous exercise.

What are those negative effects we speak of? 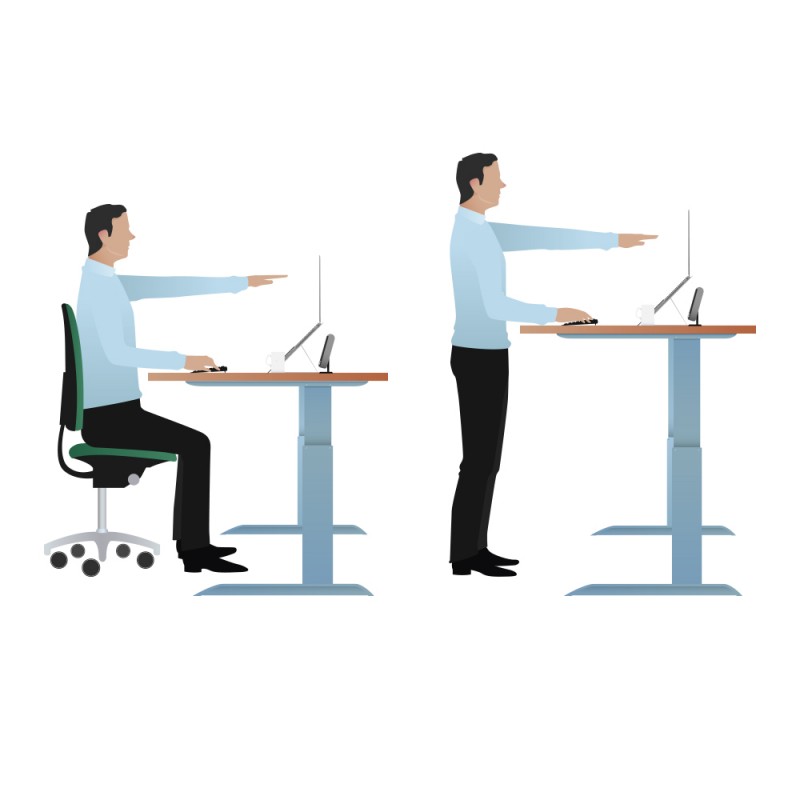 Now that we all want a standing desk, where do we start? How does this all work?

Well, it depends on what you want to accomplish.  First you need to ask yourself a few questions.

What type of work am I doing? Do I use a keyboard a lot? Am I on the phone?  Do I have a good chair?  Is it adjustable?

Yes, a chair.  A standing desk can be just as bad for you as a traditional desk.  They key is to be able to adjust yourself when you are working, from standing to sitting. The most important thing is that you are moving on a regular basis.  The desk is just an ergonomic tool.

If your are going to start using a sit stand desk, most will recommending splitting your time between sitting and standing. Standing all day can have a negative effect on your back, knees, and feet.  And, well, we know the issues sitting can bring.  So stand for a few hours, sit for a few hours, move around and get your blood flowing every now and then.